It's Relation to the Messiah's Return and God's Creation of Time

Understanding the Hebrew Calendar: It’s Relation to the Messiah’s Return and God’s Creation of Time

The Gregorian calendar is a pagan calendar which most of the world uses, or in the very least recognizes, and is specific to Western civilization. Ancient Eastern religions and other civilizations had calendars of their own as well. However, they are not internationally recognized or used. The Gregorian calendar has 12 months which cycle between 365 days, and each month varies in length, being 28-31 days long. Every four years there is a leap year to make up for time that was lost during the prior three years. This calendar does not follow the moon, but instead follows the earth’s revolution around the sun with respect to the four seasons: the Winter and Summer solstices, and the Spring and Autumnal Equinoxes. Each day is the same length, irrespective of these cycles. The Gregorian calendar was instituted in 1582 by Pope Gregory XIII.

The Creation of Time

In contrast, the Hebrew calendar has been practiced by the Jews since their inception and is the most accurate calendar known to mankind. Its basis is biblical and follows the chronology of the creation account and Jewish ancestry. Before God created mankind He created time, making precise distinctions between Light and Dark, and Day and Night on the first day (see Genesis 1:3-5, KJV).

3 And God said, Let there be light: and there was light.

4 And God saw the light, that it was good: and God divided the light from the darkness.

5 And God called the light Day, and the darkness he called Night. And the evening and the morning were the first day.

God’s creation of time in verse 1 demanded a framework of boundaries for the duration of mankind. He not only established Day and Night. He furthermore established “signs”, “seasons”, “days”, and “years” on the fourth day (see Genesis 1:14-19, KJV).

14 And God said, Let there be lights in the firmament of the heaven to divide the day from the night; and let them be for signs, and for seasons, and for days, and years:

15 And let them be for lights in the firmament of the heaven to give light upon the earth: and it was so.

17 And God set them in the firmament of the heaven to give light upon the earth,

18 And to rule over the day and over the night, and to divide the light from the darkness: and God saw that it was good.

19 And the evening and the morning were the fourth day.

When God created light and separated Day from Night, He furthermore created the sun, moon, and stars, making it clear that these shall be for times and seasons. The Hebrew calendar follows the lunar cycle which is systematically and mathematically precise. Day and Night are wholly distinct and separate and are governed by the setting of the sun. Days end with the sunset in the west and begin with the rise of the moon in the east, which systematically coincide. There are no set hours within any given day. No given day is the same length. Some are shorter or longer than others. Days are separated by 1/12 of the time between sunsets. So one hour may be less than our Gregorian 60 minutes. As we read Genesis 1 we can see God’s precision and distinction for Day and Night very clearly, to which the Hebrew calendar strictly adheres.

The Chronology of Mankind

Adam was created on the sixth day. The Bible takes great pains to outline the chronology of mankind, and the Torah spends a lengthy amount of time delineating the ancestral lineage of the Jewish people, who are the apple of God’s eye and the proverbial axis upon which all creation revolves. Most of us grow bored reading such passages in Genesis and Numbers detailing the “begets” and “begats” and their respective lifespans. For those of us who are Gentiles without any understanding, they are easily dismissed. But for the Jew they are indispensable. The purpose of these passages is to give credence to the epochs of time. They are extraordinarily significant. If we want to understand the boundaries of time which God instituted for mankind, we can surely know them — if our calculations follow the order of God’s Word and the physical and spiritual laws He’s so clearly instituted for us. Jewish orthodox scribes and Hebrew scholars have meticulously measured these for centuries, calculating and calibrating, keeping precise records of lineage throughout their tribal generations — from creation forward. Let it be understood then, when someone was to be known, they were introduced by the name of their father as “the son of…”, sometimes even to their third generation. We see this inversely done when God introduces Himself. He says, “I am the God of Abraham, Isaac, and Jacob.” That is covenant at its finest.

But the timeline of lineage doesn’t stop with Numbers. We can know our Messiah’s lineage according to the Gospel account as well. Matthew’s Gospel follows Christ’s lineage all the way back to Abraham. Luke’s account follows it all the way back to Adam. And so the timeline continues. Hebrew scholars agree that the Hebrew calendar is indeed accurate — as accurate as one can get — give or take 20 to 40 years for any possible miscalculation or extraneous error. But for those who missed their Messiah and refused Christ, such accounting could be tainted. These numbers span the breadth of up to one generation, which is generous when such precision is being sought. And so we have a division of time with Christ’s advent.

The Beginning and End

God has orchestrated the calculations of time in repetitions of 7 and 12, which in biblical numerology represent completion and government. There are seven days in one week. There are 12 months in one year. God measured His calendar accordingly which we see in the Law of Moses. With the number seven we also see the consecutive institution of a sabbath rest. Every seventh day is a sabbath. Every seven years there is a sabbath rest for the land. And every 50th year (following seven seven’s or forty-nine), there is a Jubilee year, which not only brings rest, but exponential or multiplied rest, otherwise known as restoration. The Jubilee is one of the most hallowed times in a Jewish life. Most individuals will only witness one Jubilee in their lifetime.

So what does this mean for us?

I am Alpha and Omega, the beginning and the ending, saith the Lord, which is, and which was, and which is to come, the Almighty, (Revelation 1:8, KJV).

Just as God determined a beginning for time, so He also determined its end. The ages are God-ordained. Furthermore, they are inalterable, being pre-destined and spoken since the time of creation. When the glorified Christ introduces Himself to John in Revelation, He introduces Himself as the Beginning and the End; the Alpha and Omega. In doing so, He’s making His identity as the creator of time impeccably clear. Just as it says in Colossians 1:16-19, KJV,

16 For by him were all things created, that are in heaven, and that are in earth, visible and invisible, whether they be thrones, or dominions, or principalities, or powers: all things were created by him, and for him:

17 And he is before all things, and by him all things consist.

18 And he is the head of the body, the church: who is the beginning, the firstborn from the dead; that in all things he might have the preeminence.

19 For it pleased the Father that in him should all fulness dwell;

Since creation nearly 6,000 years have been measured according to the Hebrew calendar. We are currently embarking upon the seventh millennium. For those who may not know, the seventh millennium is a millennium of rest. That is when the Messiah will come and bring restoration. If we look at the present Hebrew calendar, we are now at year 5780, being 220 years away from completing the 6th millennium and entering the seventh. The thousand year reign of Jesus Christ as outlined in Revelation 20, when He will rule and reign upon the earth, is indeed very real. Those thousand years make the seventh and final millennium here on earth. It is known among the Jews as the millennial rest. To this day orthodox Jews eagerly await the Messiah’s appearing at this time, and they are presently watching the signs, seeing the prophecies, making preparation, and anticipating His coming.

Well-noted. Are we 220 years from His appearing? Quite possibly.

We know we are indeed very close. If you are faithfully watching and praying, the facts are irrefutable. When we look at Israel today, consider the prophets and their prophecies coming to pass; when we read the news headlines, and consider all that is happening in the earth and its spheres, it is surely near. We can clearly know the season, but the day and hour (which we’ve discussed) will never be known. This consummate moment is clandestine. Only the Father knows the time of His Son’s appearing. Jesus says He will come as a thief in the night. To properly understand this Jewish proverb, you will want to read my post on Rosh Hashanah, which we just celebrated.

We must understand, the apostle’s writings are framed as a “last days” post-resurrection and ascension account. They claimed the last days as their very own — as presently happening. How much more should we? We live by God’s Word. As followers of Jesus Christ we seek Him and His ways for so many areas of our lives. We long to follow Him, honor Him, and obey Him. Therefore, if we’re going to live by God’s Word, it’s imperative that we also understand His divine calendar and timeline. To understand more about the last days, please read my post on Birth Pangs.

With that said, we have only one thing left to do: Prepare. We must be found ready at His appearing, precisely as Jesus Christ instructed His followers, even if His appearing reaches beyond us. We eagerly await His appearing, even as the apostles and prophets did. 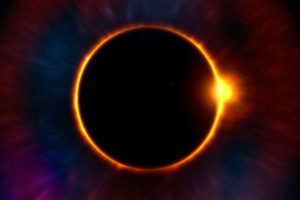 The Total Solar Eclipse of 2017: What it Means & How to Prepare

The Ram’s Horn: What It Means and Why It’s a Revered Sign

The ram’s horn, otherwise known as a shofar, has become[...] 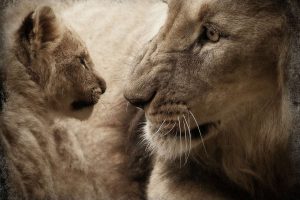 Elul: Preparing for the High Holy Days If you knew[...]