A Word on Spiritual Warfare 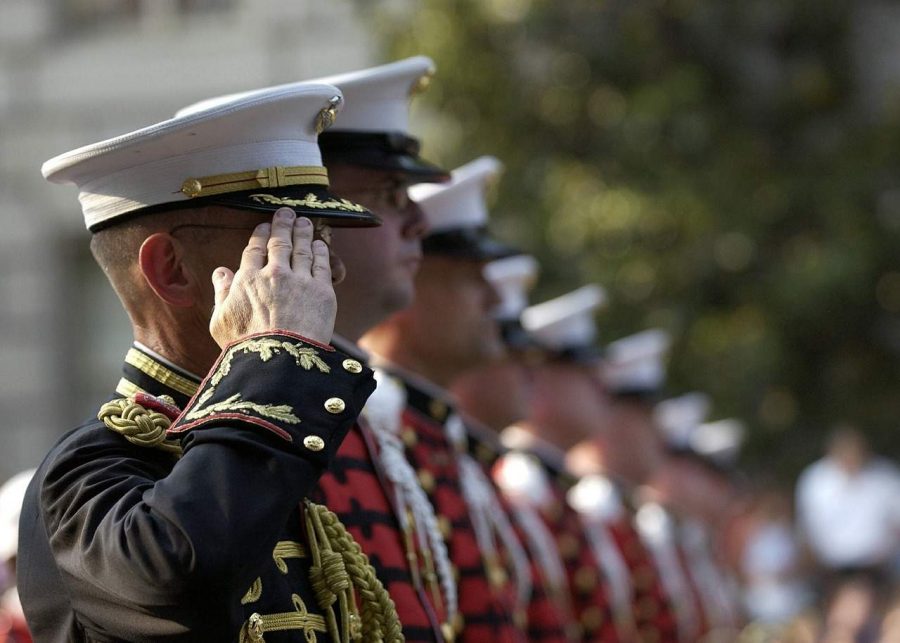 Before I get started, I want to preface this post by saying this is NOT about elevating individuals with pomp, pride, spiritual arrogance, or notoriety. Absolutely not! Rather, this is a simple post on why rank is something that spiritual principalities and powers (angels and demons) in the heavenlies recognize among one another — and yes, among the children of God as well. If you’ve ever wondered why some Christians get hit harder or more frequently than others this post is for you!

This last week I took a brief excursion with a friend of mine just for a fun day trip. What we anticipated was a great time. However, the moment we crossed the border into another county (which I had never been to before) I was hit immediately with a strong oppression that did not lift until I was back home again. In fact, upon leaving that night after dinner I fell horribly ill, which could not be attributed to anything specific. Once I was home, it lifted.

It was an acute onset. In this post I’d like to share with you what Christ has taught me. I’ve known these situations before, and I’ve spoken with many others who encounter them as well. For as long as I can remember, I am someone who has always been extraordinarily spiritually sensitive. I can walk into a specific place: be it a venue, city, or town, and I can pick up on spiritual changes in the atmosphere quite easily. If you’ve ever wondered why some Christians get hit harder than others, or perhaps more frequently than others, I truly believe it has to do with the rank of that individual in the Kingdom of God.

After much prayer about this situation, the LORD made it clear to me that I was a perceived threat to that specific area. It mattered not that my errand was one of leisure — the enemy served me notice. Although I was a passerby who was minding my own business the principalities and powers made it clear to me that I was unwelcome in their territory. I was trespassing spiritually into an area that was obviously contested (for what reason I do not know). My friend and I had gone to a small remote town to have a special meal and do some simple shopping. I confess that I was miserable the entire time, and continued to pray. Nothing lifted or changed until I was home. The oppression was acute at the onset of crossing the county border, and I knew it was coming from an extrinsic spiritual source. Again, once I was home I was fine.

And [God] hath made of one blood all nations of men for to dwell on all the face of the earth, and hath determined the times before appointed, and the bounds of their habitation, (Acts 17:26, KJV, injection mine).

But why me? My friend was just as Christian as I. After recovering the next day the LORD and I talked. He made it clear that rank is indeed very real among the children of God, even as it is for spiritual principalities and powers. But we are often unaware of how it operates. It has nothing to do with being equal or special in God’s eyes. In fact, He has no partiality whatsoever, and we will all be judged by Him according to the same standard. This rank He speaks of has everything to do with the following:

1.) The mark of your calling
2.) Your mantle
3.) Your spiritual gifts or office held in the Body of Christ
4.) Your purpose and destiny in the Kingdom of God
5.) Battle scars and trophies

I believe God brands or marks us in ways we may not be aware or realize — far beyond the seal of the Holy Spirit. If you are of any stature in Christ, you have some decorations, I promise. I believe we are very much recognized in the spiritual realm — by both sides. And just as we decorate our heroes here on earth, I firmly believe God decorates His as well. When battles are won and stewardship is proven, God entrusts us with just a little bit more. We go from being the guy with the one talent to the guy with five. Or the guy with five to the one who has ten. We increase in the Kingdom according to our stewardship of what has been entrusted to us. When we are ready and proven, God gives us more.

The LORD told me plainly that my rank was recognized, and I was a perceived threat. Nevermind my day trip and shopping errand with my friend! Boo hoo! I was not welcome in any circumstance — period. What I encountered spiritually could be paralleled to a spiritual bouncer. I have not yet done research on the area we visited, but one thing I do know: I know with absolution my personal calling, gifting, purpose and identity in Christ. As for rank, I had never given it a thought until now.

Just a word of encouragement: if you step into a territory and are perceived as a threat or trespasser by the enemy, there is a legitimate reason. I don’t go picking fights. I know better. And I understand now that the enemy was simply letting me know where I stood within the context of my visit. I paid attention to that, and I respected it. Christ had given me no marching orders. I was simply served notice. Again, my friend is just as Christian as I, but never had an issue. So, this has nothing to do with being a Christian per say. It has to do with rank. That is what the LORD revealed to me. In a different context it could have very well been reversed for us.

Throughout the Word of God we see rank revealed. It’s revealed in creation and genetics. It’s revealed in the animal kingdom through what is known as the “pecking order”. It’s revealed in angelic powers and principalities. It’s revealed in nations, offices of government and military. It’s revealed in the offices of the Church. Christ mentions the “least of these” and the “greatest”. He talks about those who have been given “more”. Christ’s twelve disciples had rank. He had a tight inner circle of three men: Peter, James and John, with John being the closest of any. The others were denied certain experiences or access. What is this about? Rank. He was preparing them on an individual basis.

I’ve many times been in the presence of a brother or sister in Christ who carries the presence of Christ about them in a manner that is very distinguished spiritually. They are not proud. They are not special. They are simply anointed. And they don’t have to do or say anything! All they have to do is be present! They are someone who pulls rank in the Kingdom of God among the sons of God. These are individuals who change the atmosphere around them. The presence of Christ emanates from them in a greater measure. They carry a greater stewardship. They’re a ten talent person — not a five talent. They’ve been entrusted with much more in Christ — and much more will be asked of them.

If you think rank is something to covet and earnestly seek — think again. The gifts and anointing associated with greater rank are not given for the mere wanting. Even as Paul exhorted us to eagerly desire the greater gifts, but we must also understand that a greater spiritual responsibility and stewardship accompanies them, and we must be proven faithful with the investment Christ entrusts to us. Actually, those who understand these principles will not seek after these things at all. There is great wisdom in that. They merely seek Christ with a greater submission to Him, and in due time find themselves the beneficiaries of these greater gifts. Also remember that Peter condemned the man in Acts who thought he could buy the anointing of God. Therefore, fear God. Seek the things of His Kingdom with extraordinary humility and respect. You will be held accountable. And if you seek something which He chooses not to grant, be wise enough to thank Him. He’s sparing you unnecessary judgment for something you can’t yet steward.

Understanding spiritual rank is important. But please understand that rank has nothing to do with pomp and notoriety. On the contrary, it has everything to do with humility and servitude. Christ is above us all and He demonstrated the greatest humility and servitude of any. So please understand, there is no room for pride here — Zero tolerance. In the words of Christ, I leave you with this:

But he that is greatest among you shall be your servant, (Matthew 23:11, KJV, emphasis mine).

Be found blameless in Him, and He will guard and protect you. Whether business or pleasure; whether you’re shopping or actively engaged in battle — your personal errand doesn’t matter. Understand that when you walk in, you are recognized in the spiritual realm according to the mark and mantle of Christ upon your personal life. That equates to rank, and it differs for every one of us. If you carry something specific or unique that is perceived to be a threat in context, then the enemy is going to serve you notice. 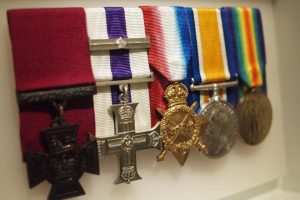 Winning the Battle When the War Rages On

Winning the Battle When the War Rages On Spiritual warfare[...]