This particular passage is content rich. I could spend days on any number of points outlined here, taking it in many directions. However, for the sake of time, I’m going to hit the high points of baptism and repentance. And as we will see, Matthew’s gospel continues to reveal the prophecies fulfilled. John the Baptist, whom Christ called Elijah, has finally come. The focus of this passage, therefore, is being ready for Christ’s coming. Does that sound familiar? It should: because this ministry is all about preparing for the LORD’s return. And just as we are to prepare for Christ’s return (His second coming), the Israelites, in like manner, had to also be prepared for His first coming. That made the ritual act of baptism mandatory (as you will soon discover). But there is more.

Why did John the Baptist come introducing baptism? Is the act of baptism unique the Christian faith? You may be surprised by the answers.

The Baptism of John

As Christians, we often regard baptism as a practice specific to the “Christian” faith. However, in reality, the Jews had practiced it for centuries — ever since creation. The baptism John brought was one of repentance. This baptism is known as the “mikvah” which was part of the “teshuvah” or repentance process. It historically began in the Garden of Eden with Adam’s banishment, as recorded in the Midrash, and has since been practiced as an act of repentance in a ritual passage toward a life of purity and consecration to God.

The biblical concept and the general practice of “baptism” is not new or exclusive to the Christian faith. It’s ancient, having originated among the Jews as a ritual act of repentance fulfilling the teshuvah. The term merely differs due to the translation, which is Greek. The Apostle Peter declares that Israel was baptized in the Red Sea after their exodus, signifying their release and cleansing from Egypt, the passing away of the old, and coming into the new life promised to them by God. John the Baptist came with a message of repentance which would prepare the hearts of the people for the LORD, returning them to their Father God. That calling was in the anointing of Elijah, who was prophesied to come before the great Day of the LORD. That baptism took place in the Jordan, which was the very river the Israelites crossed over when they first came into their promised land by Joshua (Yeshua or “Savior”).

The Jordan contained ancient stones which served to remind Israel of their covenant possession. These stones bore witness to them of their journey into the promised land, and served as ancient boundaries marking their territory. A mistake? Hardly. John began his immersions through the institution of a mikvah at this precise location for one purpose — to fulfill the teshuvah (Hebrew word for “return”) as the people of Israel returned to their Father God. Christ seconded this motion, openly declaring that He was the Way, the Truth, and the Life, and that no one came to the Father but by Him. This mikvah practice was one the Jews fully understood. If they were to be purified and made ready as a people for the LORD, a mikvah was in order and completely appropriate. In fact, some would say it was mandatory, which is why Jesus Christ said it was necessary to fulfill all righteousness, being baptized of John.

To repent is to turn. In this case it was to re-turn — back to the Father. Christ opened that way for us. As such, the Gospel came to the people of Israel predicated upon repentance. As Christ said, all who believe and follow Him must repent of their sin if salvation is genuine. Repentance is prerequisite to that rite of passage from the old life into the new. No one will be saved who does not repent of their sin and turn back to God. Therefore, John obeyed the prophecy of him as follows (which makes the 8th fulfilled in Matthew’s gospel):

Behold, I will send you Elijah the prophet before the coming of the great and dreadful day of the LORD: and he shall turn the heart of the fathers to the children, and the heart of the children to their fathers, lest I come and smite the earth with a curse,” (Malachi 4:5-6, KJV).

The mikvah was practiced as a ritual passage toward a life of purity unto God, and was accomplished only by immersion. The practice of sprinkling with water, as some denominations practice (especially with infants) is not supported in scripture. This is purely an indoctrinated practice formulated by man. That is not to say it can’t be done, or that it’s inherently wrong. But is it biblical? Does it achieve the teshuvah? In truth, the answer is, no.

John brought the baptism of repentance — predicating Christ’s baptism of fire by the Holy Spirit, which John prophesied He would perform upon all who believe and repent of their sin. This, however, was conditional. For those who did not repent of their sin, they were in danger of the axe. And when the fire did come, it would serve to destroy that which was worthy of being burned. Christ’s baptism of fire would bring further purification, burning up the chaff, which would be separated from the wheat by a threshing process. John made it clear that this threshing process, which could be quite painful, was one every believer and follower of Jesus Christ was subject to, in which they would be purified and fully preserved. With these analogies John made it clear that salvation can only come by repentance — and that those who did not repent of their sin would suffer judgment. Christ echoed this message in His own preaching, making it clear that repentance was mandatory for all those who would follow Him. Without it, condemnation awaits.

This returning of Israel to God, who was their Father was something only Christ made possible. Christ is the rock of salvation. He is also called the stone of stumbling, and a rock of offense. He is the cornerstone. As such, He was baptized in the Jordan; being the promised Messiah who would lead Israel into their promised land. This rock marked a boundary for Israel. Therefore, Christ fulfilled all righteousness by being baptized of John in the Jordan through a mikvah. He completed the teshuvah process (a rite of passage of consecration unto God), at which time He was officially released into ministry and validated by His Father from Heaven. He submitted to this mikvah process not because He had sin, but because He would lead the people into the promised land of His Father, back to the heart of the Father, fulfilling the covenant promises of God to all Israel.

Christ Jesus (Yeshua) was the stone the builders rejected. Yet in the very steps of Joshua (Yeshua, meaning “Savior”), He led the people into the covenant land promised them.

As we now prepare for Christ’s return, His second coming, we must also make our hearts ready, preparing the way of the LORD.

Have you obeyed the mikvah and completed the teshuvah process (baptism of repentance), which is commanded for all believers who would follow Jesus Christ?

Have you been baptized with fire by the Holy Spirit, which Jesus performs upon all believers for further purification and power?

Have you allowed God to thresh your life, removing the chaff, so the pure wheat could be spared for harvest?

You can pray and commit today, inviting God to perform that sanctifying work in your personal life.

Until next week, be blessed.

For more on repentance see our bible study, Effectual Repentance. 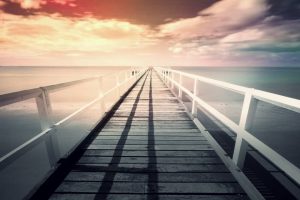 Repentance: Understanding the Process of Sanctification

Repentance: Understanding the Process of Sanctification In the simplest terms,[...]

Your Struggle With Sin: When Victory Seems Lost

Your Struggle With Sin: When Victory Seems Lost Do you[...] 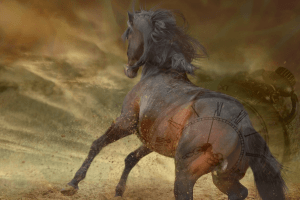 God’s End Time Army by David Wilkerson When someone speaks[...]