Josiah was eight years old when he began to reign, and he reigned in Jerusalem one and thirty years. For in the eighth year of his reign, while he was yet young, he began to seek after the God of David his father: and in the twelfth year he began to purge Judah and Jerusalem from the high places, and the groves, and the carved images, and the molten images. And they brake down the altars of Baalim in his presence; and the images, that were on high above them, he cut down; and the groves, and the carved images, and the molten images, he brake in pieces, and made dust of them, and strowed it up on the graves of them that had sacrificed unto them. And he burnt the bones of the priests upon their altars, and cleansed Judah and Jerusalem. And so did he in the cities of Manasseh, and Ephraim, and Simeon, even unto Naphtali, with their mattocks round about, (2 Chronicles 34:1, 3-6, KJV).

America is not the only nation that has turned away from God. Israel did the same on numerous occasions, and they suffered for it horribly. God was always faithful to warn them ahead of time, foretelling His just judgments, and He was always faithful to follow through, bringing upon them the consequences of their sins. He doesn’t play.

With that being said, I am extremely concerned for the state of America. Leadership is only one slice of the political pie. And yes, our leadership is beyond reprehensible. But we need to recognize that the people living in this country have a responsibility for its decline as well.

Every industry represented needs purging: media, entertainment, education, sports, medicine, etc. We’re all in this together. Every individual citizen has a responsibility. The diversity that makes America unique and beautiful, is also what is hindering us from being truly united. The freedom of religion is protected, and for that I am most grateful. Yet as a fundamentally Christian nation, we must face the fact that fewer and fewer American citizens are actually ‘Christian’. And for those who say they are, very few live it actively. It is in word only. Many American citizens remain blind to what is really happening.

If you know me personally, you may have heard me say that we need another Abraham Lincoln, George Washington or John Adams in office. But just recently I awoke with this name upon my heart: JOSIAH. I knew immediately what God was saying. What we need is a Josiah to take office who is able to purge and cleanse America, bringing her back to God. I would love to see this happen. I believe this is what God wants. But do the American people want it?

I’m not so sure they do. And herein lies the conflict.

The Way of Wisdom

What I find amazing was that Solomon, also the son of David (by Bathsheba), having preceded Josiah, was given the gift of Wisdom from God- in such a measure that no other has ever received. Yet he failed to walk in it. The Lord warned him not to marry Gentile women because of the gods they worshipped, lest he be drawn away from the Lord by those gods and end up worshipping them himself. But Solomon did not listen. I doubt he ever believed he was truly capable of worshipping another God, and therefore dismissed the Lord’s warning. Yet in time, he committed exponential fornication with them. He had hundreds upon hundreds of concubines, and he loved these Gentile women who worshipped Baal. The Lord’s warning came to pass: Solomon, in his disobedience, was turned away from the Lord. As a result he allowed Baal worship and idols of many kinds to be established throughout Israel. These very idols were those Josiah vehemently abolished.

The Pursuit of Righteousness

Can God bring a Josiah to America? Absolutely. We have many candidates whom I believe are willing to serve in that capacity. But we have to want it.

We need a leader who is going to listen to God – and obey Him. We need a leader who is going to do the Lord’s will for this country and establish righteousness, truth, integrity, and honor. As a country with a government of the people, for the people, and by the people, we are therefore subject to what the people want. I fear that the people in America no longer want God. I believe America is teetering on a very thin line, and is in danger of becoming reprobate. We live in a fragile society with and ever-increasing pagan culture that embraces wickedness. We call right, wrong; and wrong, right. We are on a moral decline that is circling the drain. I believe that for America to turn around, God’s people (those who are actively following Christ) are going to have to unite and boldly make our voices heard. And right now, we are sadly a minority.

If we look at the nation of Israel as an example to us, we can clearly see her disobedience and the Lord’s dealing with her. It was severe. God dealt with Israel as a people. There were wars, the destruction of Jerusalem and the Temple, and the Babylonian captivity to name only a few. But when Israel cried out to God in repentance, He heard her and brought deliverance, healing, and restoration. I not only believe He can do the same for America – I believe He wants to. It’s not too late. But if America should be so wise as to turn back to God, the cleansing of our sin, and the correction of our ways will require such tenacious measures to be implemented on every front, in every arena, that it will demand a harrowing fortitude from the people unlike any we’ve seen or experienced. It will be painful, hard, and toilsome. It will be expensive, radical, and longstanding. And it will have to come from both ends: the grassroots as well as leadership. I venture to say it will take a long time to purge this land, this country and this people. This is no small task. It is a feat. In fact, it is daunting to think about because the roots of our error and sins are so very deep and widespread.

The Question Each Must Answer

There is no question: We need a Josiah to take office. But we also need American people who will support it. I believe we can pray for that to happen, and we should. Whether or not it will depends entirely upon us. And until our hearts change, our leadership won’t.

What I believe God wants to say to America is this: He is willing… 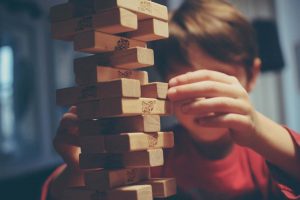 Getting Your House in Order God is a God of[...]

Sukkot: The Feast of Tabernacles

Sukkot: The Feast of Tabernacles Sukkot, otherwise known as the[...] 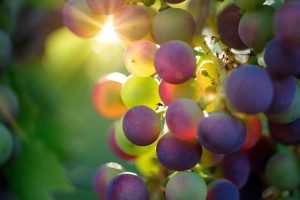