Preparation for What's Ahead

Entering an Esther Season: Preparation for What’s Ahead

The Body of Christ is entering an Esther Season. It’s very strategic, and I would even say mandatory. If you are a believer, a Christian, who is a follower and disciple of Jesus Christ — you’re not getting off the hook. It matters not where you live, what country you’re in, or what church you attend. If you’re a Christian who bears the name of Jesus Christ, this message is for you.

God has hand-picked a few key servants in this hour to speak to His people. These are servants. He is bringing words of warning and offering an opportunity to repent and prepare. The season ahead is absolutely critical. It is dire. If you don’t listen and prepare, it will be to your own detriment and you’re going to have a really hard time. You will inevitably struggle and you will be very, very sorry. So please listen and heed the voice and word of the LORD.

The book of Esther holds several key parallels to where we are right now as a Church. Esther was written during the Babylonian captivity. It takes place in the pagan world of Persia. By God’s divine order and design He saved His people through the courageous act of one woman who laid down her life for her people.

But there’s more. The manner in which God saved the Jews was hidden from the enemy. The evil Haman overplayed his hand and fell right into the hands of God by his own evil devices and schemes. It is a fearful thing to fall into the hands of the living God who is a consuming fire (see Hebrews 12:29).

Please begin this season by prayerfully reading the book of Esther.

Again, God is calling His people to enter into a very strategic season of fasting and prayer. This specific season is not about bringing your list of petitions to Him. God is offering a very generous and gracious opportunity for repentance and mercy, but He is requiring stillness and silence in His presence. We must come to Him with humble hearts ready to hearken and heed His word.

How that fast will take shape for you, and how long it will last will look different for everyone. You need to be ready to deny yourself, take up your cross and follow Him. Be ready to become uncomfortable. Be ready to sacrifice, suffer, and serve. Get ready to be sanctified. Sin has to go.

What He calls you to sacrifice in this season will be specific to you, and you need to be obedient. Allow the Holy Spirit to lead you. You need to embrace the fast until He releases you. Be ready to endure.

Persecution and calamity is coming to the Church, America, and the world. Depending on where you live, this will look very different for you than it does for someone else. It may not affect you straight away. It may seem very distant. It may be very far-removed for a time. However, God is NOT giving His people permission to ignore the sufferings of their brethren while they go about their own lives anymore. The events ahead will affect everyone eventually. It’s just a matter of time.

Please be of ready heart and mind to suffer and sacrifice for your LORD Jesus Christ. We are to be of one heart and mind in the LORD during this season.

His Church, the true Body of Christ, the remnant must be one in Him by His Spirit.

Judgment Upon His House

Judgment is going to fall upon His House. Many will fall away. Apostasy is coming. We’re going to watch it unfold before our very eyes in massive numbers. Few will contend for the true Gospel of Christ.

There are many wolves within the Body of Christ who are fleecing the sheep and growing fat off of them. God calls them “whoremongers”. These are charlatans, false teachers, false prophets, and wolves in sheep’s clothing. They will not suffer and sacrifice for the LORD. They do not know the LORD’S sheep whom they tend, and they certainly don’t care for them. They do not know the LORD Jesus Christ. And they do not preach His word. They have their own agendas. They build their own kingdoms. They speak their own vanities. They make disciples of men — not Christ. And the LORD has had enough. He’s drawing a hard line. The LORD has given ample time to repent and judgment is now coming. It’s at the very door. Here is what I believe the LORD is saying to these false shepherds who fleece God’s sheep:

In the days to come we are going to watch churches fold. And we’re also going to watch people fall away and commit acts of apostasy that are blasphemous.

Those shepherds who are truly serving Christ will gather their sheep and lead the flock safely. Those who do not will suffer painful judgment. I’m not sure if they will escape the wrath of God if they don’t repent.

Please do not miss this Esther Season. It’s a season of kindness and mercy from the LORD. This season is indeed dire. It is indeed critical. And if you’re a Christian — you’re not getting off the hook on this one.

18 For ye are not come unto the mount that might be touched, and that burned with fire, nor unto blackness, and darkness, and tempest,

19 And the sound of a trumpet, and the voice of words; which voice they that heard intreated that the word should not be spoken to them any more:

20 (For they could not endure that which was commanded, And if so much as a beast touch the mountain, it shall be stoned, or thrust through with a dart:

21 And so terrible was the sight, that Moses said, I exceedingly fear and quake:)

22 But ye are come unto mount Sion, and unto the city of the living God, the heavenly Jerusalem, and to an innumerable company of angels,

23 To the general assembly and church of the firstborn, which are written in heaven, and to God the Judge of all, and to the spirits of just men made perfect,

24 And to Jesus the mediator of the new covenant, and to the blood of sprinkling, that speaketh better things than that of Abel.

26 Whose voice then shook the earth: but now he hath promised, saying, Yet once more I shake not the earth only, but also heaven.

28 Wherefore we receiving a kingdom which cannot be moved, let us have grace, whereby we may serve God acceptably with reverence and godly fear:

Be ready to endure. 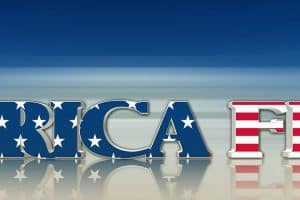 Welcome Back, America! The Inauguration of Donald J. Trump

Welcome Back, America! WATCH: The Inauguration of Donald J. Trump,[...] 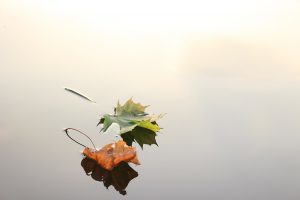 A Word for the Remnant

A Word for the Remnant Welcome back! This is the[...] 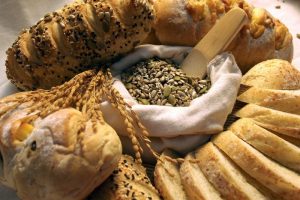 Satisfaction of Soul: An Invitation to Those Who Hunger & Thirst

Satisfaction of Soul: An Invitation to Those Who Hunger &[...]