A Covenant in Light 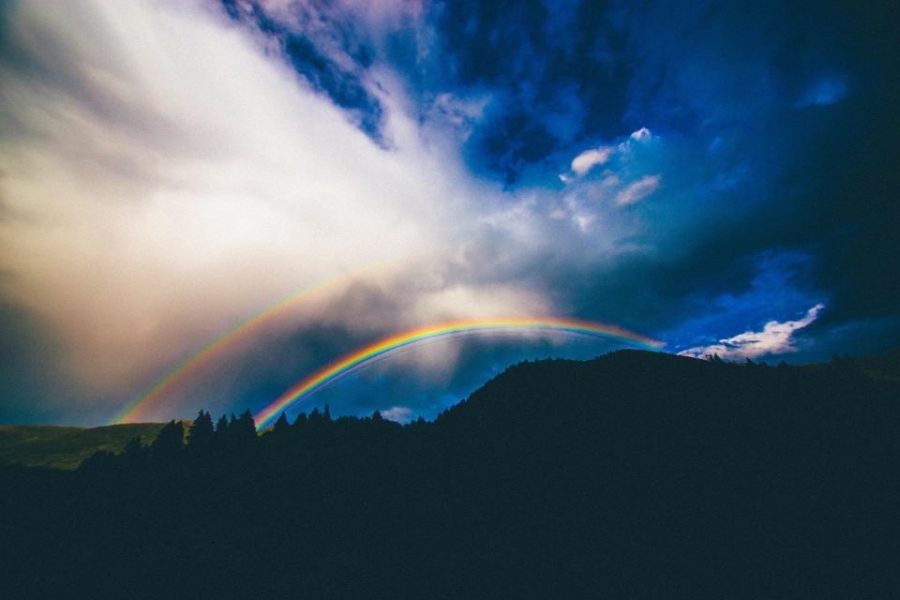 An excerpt from the book, Chasing Rainbows: How to Receive the Promises of God.

For centuries rainbows have been used in tales and folklore representing something wonderful yet elusive, hence the title of this book. Indeed, they are ethereal, mystical, beautiful, and even captivating. But they are not merely an atmospheric phenomenon. Hardly. They are so much more.

To understand the truth of the rainbow, we must go back to days of Noah, which predate Abraham who is our covenant father. Before we can expound upon and explore how to obtain the promises of God, the origin and meaning of the rainbow is something that needs to be discussed. It will be our emblem of promise as we journey through. And I trust you will be enlightened.

The rainbow is revealing in itself. As many know, the rainbow was given to Noah as a sign by God of His covenant promise to never flood the earth again with water. Prior to the flood, water did not fall from the sky in the form of rain. Instead, water sprang up from the earth from beneath the ground to water it.

Water abounds underground in the form of innumerable aquifers, which are enormous, many times spanning hundreds of miles and going several miles deep far below the earth’s surface. These aquifers supply many fresh water wells to this day. These underground bodies of water certainly don’t get the attention they deserve. Prior to the flood, these waters were responsible for the watering of the whole earth. Yet in biblical times it speaks of them as rising up in a mist. Therefore, prior to the flood, neither rain, nor rainbows, had ever been seen before. It is therefore very likely and entirely probable, that rainbows had never before been witnessed—especially through a cloud in the sky or higher atmosphere.

In biblical times covenants were made when someone needed the assurance of someone’s word. Covenants were also cut to officiate something such as a relationship of marriage, friendship, etc. Most often an animal was used to cut covenant. The meat was cut and prepared, and the two making covenant shared a meal with each other, eating the meat together. Meals were therefore traditionally considered a covenant act. People ate with their family members daily. But to eat with an outsider or be invited to a meal was no small affair.

A covenant was a solemn act that one dare not break. This is why King David and the Apostle Paul (both of Old and New covenant) made mention not to eat with unbelievers and/or evildoers. King David refused to eat with those who were evil, and this is why he grieved so horribly when betrayed by friends with whom he broke bread and shared meat. This is why Christ shared a meal with His disciples representing His death on the night He was betrayed. This is why Christ speaks of vomiting those who are lukewarm and spewing them from his mouth. This is why He says that if anyone hears Him knocking and opens the door He will come in and dine with him. All these passages are spoken in the context of covenant. Sharing broken bread or cut meat with another was a sacred covenant act. When covenants were made between men, blood was shed, with the understanding that if either broke the covenant, what was done to the animal would be done to them. Therefore, covenants were taken seriously, and both parties understood the penalty for breaking them.

The Covenant of Light

How does this apply to the covenant God made with Noah? The first thing God spoke over this earth, which was without form and void, was, “Let there be light”. Although no blood was shed in this covenant with Noah, God did not fail to cut or sever. Covenants are always established by cutting. There is a dividing of something whole. We know that God is Light. On that day God cut covenant with Noah, He did so in the sky. Both water and light existed there together which had never been before. God established His covenant by cutting the light with water, hence the formation of a rainbow. The Light represented His being. The water represented His instrument of choice to destroy every living creature.

Rainbows, as we all know, are created by light that is fragmented. There are seven colors in a rainbow which are always present without fail, although they may not easily be seen by the naked eye, which is due to their different wavelengths. Seven is the biblical number representing perfection or completion. So we know that the light God cut by the water in the sky was entire. Every color was justly represented. None was lacking. The seven colors creating the full spectrum are as follows: Red, Orange, Yellow, Green, Blue, Indigo, and Violet. Color does not exist in the object—color only exists in light. Therefore it is the type of lighting that determines the color of an object. When God cut light with water that day, He had demonstrated a severing of the most intimate thing He is—the very thing penetrating this dark, void, and formless world—with an instrument of total destruction and annihilation.

The Beginning of Creation

His creation began with light. When they appear rainbows are seen as an arc. But in reality, rainbows exist as a perfectly concentric circle. Biblically, the circle represents completion or eternity. There is no beginning or end. And so it is with God, who is Light. He has always been. It is entirely possible to view a rainbow as a circle. However, the only time this is can be done is to view it from above the cloud. When you see the bow from an earthly perspective, you see an arc. It appears incomplete. But when God looks upon the bow with you, He sees a circle. From His heavenly perspective it’s whole. He sees it as it really is. It’s complete. Jesus Christ made it clear that He is the Alpha and Omega, the Beginning and the End. He was, is, and always shall be. The rainbow is a beautiful depiction of who God is. Light, which is invisible in itself, suddenly becomes visible to the naked eye. How wondrous!

When we consider the enormity of what God did on that day before Noah, we should stand in awe. He performed something extraordinary. Again, we see His light. But this time it was different. This was a new beginning, in which God was making a very clear statement. In the tradition of covenant it could be said that God was essentially demonstrating that if this covenant ever be broken, let it be unto Him as He has done to the light. Therefore, the Rainbow itself is perhaps the greatest token of covenant with God that we can actually see with our naked eyes. It applies to every man, woman and child who has ever lived or died, regardless of whether or not they know Him. God made it clear that it will be for perpetual generations throughout all the earth. It extends not only to man, but to every living creature upon the earth. None is exempt from His covenant promise. He cut light with water. He cut the most intimate personification of who He is with the chosen instrument of judgment and wrath, promising to never again flood the earth lest it be unto Him as He has done. We know that God is faithful, and that His word does not return void. God has kept this covenant until this day. It will never be broken.

As we move forward throughout this book, I encourage you to focus on the enormous, miraculous and beautiful phenomenon of the rainbow. Let it be your token from God, not just for the covenant He initiated with Noah, but as a token of who He is. He is a covenant God. Each time you see a rainbow in the sky, you can be assured that God is looking upon it as well, even as He promised, and remembering His covenant with you, as well as all mankind.

No longer is the rainbow a mysterious and elusive topic of folklore. No longer does it represent something to be chased that you will never obtain. You are about to learn that you serve a faithful God who keeps His promises. Beloved of God, you have no permission to give up on His promise to you, whatever it may be. And just remember, when you see an arc — He sees a circle.

It is already finished.

For more on my upcoming works please visit my bookstore and current writing. Thank you! 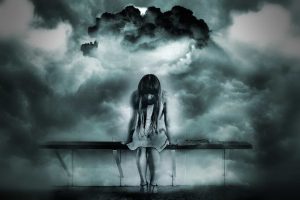 When You Just Can’t Go There: Living With Private Pain

When You Just Can’t Go There: Living With Private Pain[...] 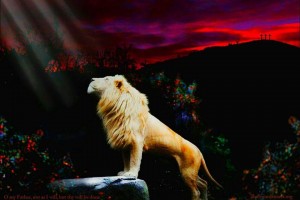 Our New Covenant Inheritance: What It Really Looks Like

Our New Covenant Inheritance: What It Really Looks Like Two[...] 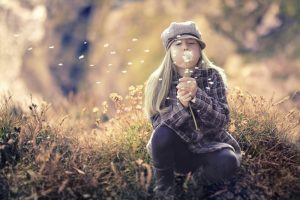 All Things Are Possible With God: Resurrecting the Dream & Inheriting the Promise

All Things Are Possible With God: Resurrecting the Dream &[...]