Recognizing Your Portal of Hope

Off Grid: Recognizing Your Portal of Hope

Off Grid: Recognizing Your Portal of Hope

There is a whole world out there. But sometimes we find ourselves to be spiritually cramped. We are suffocated, and subsequently become spiritually claustrophobic. We are coming to the end of something, but can’t yet see the beginning of what lies beyond it. Doom and dread lurk at us. Our faith wavers and wanes. The path that was once so smooth, well-paved, and illuminated suddenly goes off grid. Our tires are skidding on gravel. We hit the proverbial brakes. The road is ending. We come to an impasse on this particular path. And we wonder where we are, and where we’re going.

In our obedience, we can follow Christ down a road that leads us into an area we’re unprepared to travel. There were no landmarks or road signs for this destination. In fact, we can be approaching an apparent ‘dead end’ of sorts. This elicits a fight or flight response — yet we often find no way of escape. We are faced with the improbable, and are forced to reckon with decisions we never dreamed we’d need to make. We not only come to a place of disillusionment, but one of critical yet deliberate reckoning, requiring precise spiritual navigation. I’ve noticed that when we come to that place it often indicates a strategic shift.

Life can be a labyrinth of sorts — especially when you’re following Christ — and that is not to cast insult at the LORD or anyone who follows Him. It happens to all of us — even the most obedient of his disciples. It’s the only way we learn to follow Him. Now, if you are young and setting out on your own for the first time, you’ve got plans. Your dreams are intricately linked with your destiny. There is no doubt that you have a pretty picture of what your life is going to be like. Whether or not you’ve mapped it out is irrelevant, because when you look at your future you probably have a good idea of what you want and how you expect things to transpire. On the flip side, if you’ve lived long enough then you’re reading this and chuckling — because chances are you’ve found out what every adult eventually learns — that life is anything but predictable. And despite your best plans and preparations, your life in Christ was full of surprises. And if someone told you this was the life you were going to live, you’d have laughed them out-of-town, right?

You need to be prepared.

A man’s heart deviseth his way: but the LORD directeth his steps, (Proverbs 16:9, KJV).

Be prepared for that which you cannot prepare.

Chin up. If you’re on a path that is completely different from what you planned or expected, you’re not alone. How many times have you sought God only to find He’s leading you in a direction entirely different from what you had prepared for yourself. OR — How many times have you sought God, finding He is leading you in that direction precisely, only to discover that once you traveled that course faithfully it was NOTHING like what you expected. And that road was full of people, circumstances, experiences, opportunities, and consequences that were complete surprises. Some were horrible. Some were wonderful.

Regardless, they altered the course of your life permanently.

So, we come to learn just how much of our life is actually beyond our control despite our very best efforts and careful obedience. The only thing we can truly control is how we respond. Consequently, we come to realize just how dependent we are on God, and just how reliant we are on our faith in His faithfulness. This is where our faith becomes tested, tried, and refined in the fire.

And although these experiences may not be bad or necessarily troublesome — they can still be very unsettling, frustrating, or perhaps confusing.

The Way that You Take…

All of these were obedient to God. But there is no doubt — they were off grid.

The Portal of Hope can easily be missed if we’re not careful. I’ve been at this juncture in life several times, and truth be known, the Portal of Hope can be camouflaged by doom and despair if we don’t read the road signs properly. To say that you’re off grid is not to imply that you’re on the wrong road. Quite the contrary — you’re on the right one. It’s simply not charted.

When you’re at a juncture in life that offers you an off-road experience; an unscripted journey; an untrodden path; or a surprise venture — you’re suddenly ‘off the grid’. There is no map. Christ is demanding your ultimate trust in Him to lead you step-by-step. This is what you were not prepared to encounter. This is what you did not anticipate. This is what you never prepared for. And if you embrace it as Christ intends, you will also be transformed. Your faith will be tried and challenged, and as a result you will be refined. For those of you who are already there — you have arrived at this juncture. You know exactly what I’m talking about. This is where your Portal of Hope awaits. You’re confronted with decisions you never dreamed you would have to make. You’re at an impasse. You’re at a critical intersection in life. This is where the Portal of Hope is located. Yet it’s often unrecognizable, being hidden in the following:

• A feeling of being stuck (or trapped).
• You feel like things will never change.
• You wonder if this is all there is to life.
• There may be disappointment, tragedy, or perhaps even trauma.
• There may be grief and loss.
• You are sick and tired of being sick and tired.
• You don’t know how much more you can take.
• Things are shutting down.
• People are moving.
• The sidewalk has been rolled up.
• Open doors are closing.
• The walls are caving in.
• The bottom has fallen out.
• The ground is shaking under your feet.
• Your world is suddenly orbiting on a different axis.
• Things are not lining up or making sense.
• You are desperate for change.
• You want out.

YOU ARE OFF GRID.

If you can relate to any of the above, you’re journey in Christ is about to strategically shift — so get ready. There is a glorious window opening into something extraordinary: the new thing God is doing in your life. This is your Portal of Hope.

Let me translate this for you: God is done with the old — and you’re about to embark upon something new.  The path Christ has for you is one you’ve never traveled. You have no map. This is the life you never planned, anticipated or prepared. It’s beyond your control. This is at the very least uncomfortable — and at the very most frightening. This is where your faith and hope intersect — and in the worst of circumstances, perhaps even collide.

The Portal of Hope is only recognized through eyes of Faith
& is only unlocked with the key of Obedience.

In that moment when everything appears very bleak as if your world is crashing and burning, God is actually opening a Portal of Hope to you. Where it takes you is at His will and discretion. You’ll only recognize it through eyes of faith. And you’ll only unlock it with the key of obedience.

For we are saved by hope: but hope that is seen is not hope: for what a man seeth, why doth he yet hope for? But if we hope for that we see not, then do we with patience wait for it, (Romans 8:24-25, KJV).

The context of the above verse pertains specifically to the resurrection of the dead. However this principle Paul outlines can be applied to our entire walk (journey) with Christ. The truth is this: you can obediently follow Him down a path that leads you in a direction you never expected, and to a destination for which you may be very unprepared. For those of you who have arrived at this juncture, how you got here, you’re not quite sure. After all, you’ve been obedient. Yet now what has been so familiar, predictable and comfortable is suddenly very uncomfortable, unpredictable, and perhaps even scary. You’re in uncharted territory.

The Portal of Hope will always demand a greater Faith.

Hope + Faith. Get ready to take a turn, embark upon a new road, and embrace critical changes. Get ready to meet new people, explore new horizons, encounter new places, be challenged, transformed, and surprised. In this life we see in part and we know in part.

For we that are in this tabernacle do groan, being burdened: not for that we would be unclothed, but clothed upon, that mortality might be swallowed up of life. Now he that hath wrought us for the selfsame thing is God, who also hath given unto us the earnest of the Spirit. Therefore we are always confident, knowing that, whilst we are at home in the body, we are absent from the LORD. (For we walk by faith, not by sight:), (2 Corinthians 5:5-7, KJV).

The wind bloweth where it listeth, and thou hearest the sound thereof, but canst not tell whence it cometh, and whither it goeth: so is every one that is born of the Spirit, (John 3:8, KJV).

Stay the course. Finish the race. And get ready to be surprised at the life you actually live. When you encounter that juncture where you are off-grid, a Portal of Hope awaits into that new thing God has for you. Whether or not you recognize it is in how you choose to respond. Open your eyes. Look again very carefully. Christ has already given you the key. 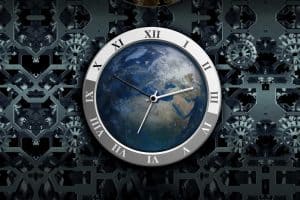 Understanding the Hebrew Calendar: It’s Relation to the Messiah’s Return and God’s Creation of Time

There are two primary world calendars that are recognized internationally:[...] 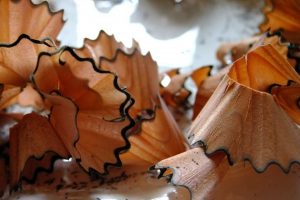 Mastering the Art of Writing: Six Ways to Hone Your Skills & Develop Your Craft

Mastering the Art of Writing: Six Ways to Hone Your[...] 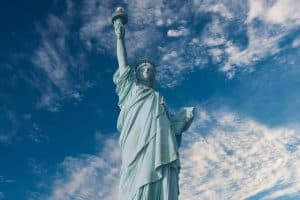