THE GIANT IS AWAKE

The Giant is Awake: A Mighty Nation Arises

The Giant is Awake: A Mighty Nation Arises

It is difficult to understand God’s fullness of time. Yet we can know that all things work together for good to those who love God and are called according to His purpose (see Romans 8:28). That is certainly true of the Native American and First Nations people. Centuries have passed in torment, pain, and prayerful travail. And suddenly… the heavens opened at the appointed time.

The Native American and First Nations people, of whom forty tribes have now officially covenanted with Israel through documents presented to the Knesset in Jerusalem, have been set apart unto God both spiritually and politically – on a scale that no other nation has dared decree with Israel before or since. What makes it even more miraculous is that the Native American people are ‘a mighty nation’ indeed composed of many tribes and nations – scattered abroad – which can’t even necessarily be precisely pinned on a map. Some are not even federally recognized. What is so profound is the response to their call from around the globe, specifically by the Asian peoples in China, Taiwan, and South Korea.

The video above captures the heart, calling, and destiny of the Native American people succinctly, giving us all a brief preview of what is to come. The documentary film “Awakened” is now completed, for which this trailer was made. If you are interested in this video please contact Ron and Tyda Harvey at Harvest Time Network Ministries for more information.

If you’re interested in what God is doing among the Native people, please subscribe to this blog at your right. I also encourage you to connect, unite and support with the many Native ministries abroad who are doing the work of the Gospel which are sponsored here on this site on my NETWORKING page.

To God be all the glory! And to Him be all the praise! The fullness of time appointed by God has come for the Native American people as they step beyond the threshold into their divine destiny! Restoration is here! And God is now using them to bring His covenant restoration to the world! This very year will prove to be a year of great fulfillment and incredible promise.

Stay tuned… the Giant is awake! 2016 is about to explode! The Lion of the Tribe of Judah is getting ready to roar! And the Native American people are those whom He has sent forth to carry His seal in this final hour!

Sometimes the words just won’t come. There are moments when[...] 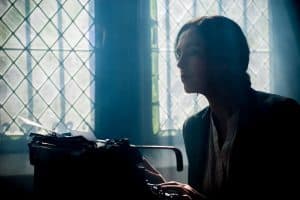 What It’s Really Like Being a Writer: Preparing Yourself for the Craft

This post is lovingly dedicated to my niece, Ava. What[...]

The Power of Conversational Prayer: Meeting God Face to Face

The Power of Conversational Prayer: Meeting God Face to Face[...]