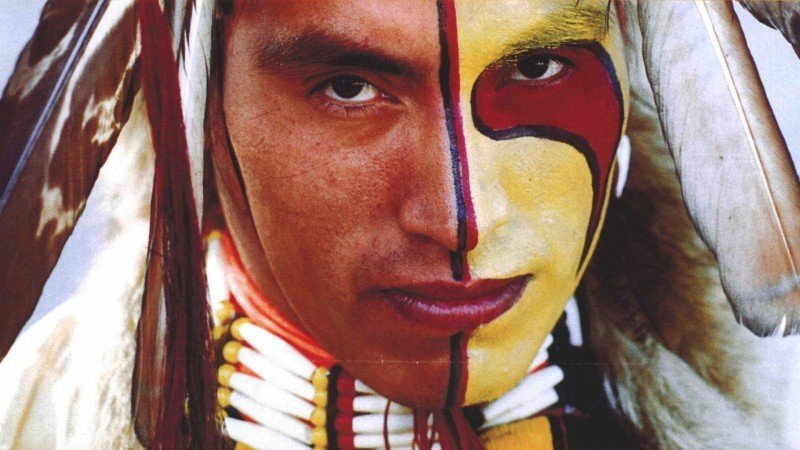 THE NATIVE AMERICAN PEOPLE:
The Forerunners in This Final Hour 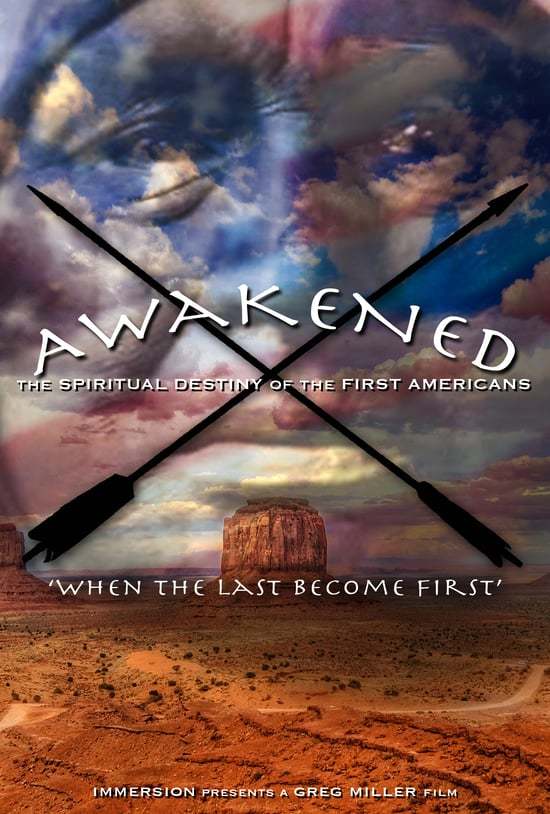 Discover the incredible destiny of the Native American/First Nations people in this powerful documentary by Hollywood filmmaker Greg Miller.

When God makes the last first

“And they shall Build

they shall Raise Up

and they shall Repair

God is fully restoring the Native American people. And it’s happening in every arena at every level. The covenant promise of Isaiah 61 is coming to pass.

The Native American people are extraordinarily dear to my heart. I love them deeply. That love was birthed in my heart at the age of twenty-two when God confirmed His calling to them upon my life. By the age of twenty-three I began working with them in different areas after moving to Tulsa, Oklahoma. In the last twenty years as I’ve journeyed in my walk with the Lord, He has graciously granted me opportunities to become involved with them and touch their lives. However, in doing so I’ve often found them to be the ones ministering to me instead. Through their wisdom, their beautiful culture, and their deep and reverent love for their Creator, Jesus Christ, I have been blessed, challenged and grown in my own relationship with God. What I see God doing is raising up Native believers to do the work of the ministry. No one ministers to the Native people better than their own. At this time I am merely an advocate for that work, hence this page.

God deals with nations in the same manner that He deals with individuals. He gifts individuals, and He gifts nations. He positions individuals, and He positions nations. And as God judges individuals, He will also judge nations. God’s judgment will always bring justice with righteousness. Every nation of people on earth has received a special gifting from their Creator, Father God. Every nation of people holds a specific office and strategic position in the Body of Christ globally that is unique to them. The Native American people, who have long been ignored and forgotten, are comprised of many different nations and tribes. There were more than five hundred in North America alone prior to colonization. There is great and beautiful diversity among them. However, as a collective body of people God has created them with a spiritual capacity that is far deeper than most. This capacity has enabled them to know God intimately and powerfully, and it has enabled them to endure the atrocities committed against them, and subsequently overcome enormous obstacles. Their relationship to God is not a sidebar, nor is it merely a religion.  God is central to who they are and everything they do.  The Native people hold a special anointing with regard to worship, the prophetic gifts, wisdom, and spiritual warfare. They are a people of great honor, humility, and authenticity, and because of this they are natural leaders. They are a passionate, faithful, and tenacious people who know and understand how to worship God in spirit and truth. God is raising up and establishing His beloved remnant. He is extremely jealous for them. They are precious. I love them wholeheartedly, and I, too, share in that godly jealousy. I am in absolute  and full agreement with what God is doing in and among His people. I long to see it accomplished and fulfilled.

The true history of the Native American people is often very elusive and obscure to the lay person. I believe they are one of the most misunderstood people groups. Many of their stories are untold.  Others have been rewritten. And most have been entirely omitted from American history altogether in an effort to eradicate their culture and erase our shame. America is guilty of shedding innocent blood. As a result we carry incredible shame, especially as a nation which professes a fundamental Christian foundation.  The freedoms decreed by our founding fathers, which declared all men to be created equal, were not honored or bestowed upon the host people of this land. Only within the last twenty to thirty years have their stories been brought fully into the light. And finding those who were willing to hear the truth with an open ear and receptive heart has not been easy.

The Native American people have suffered grievous and barbaric atrocities at the hands of the American and Canadian governments alike, including genocide, not unlike the Holocaust of the Jews. Many of the nations which once thrived here are extinct today. With regard to these atrocities, Christ declared that the truth is what sets us free. When things are hidden in darkness we are disabled and prevented from recognizing our sin, error, and deception. We cannot acknowledge or repent for what we do not know. When God brings all things into the light we have the ability to fulfill justice even though today we as individuals are not personally responsible for these grievances ourselves. We intercede by standing in the gap and repenting on behalf of what our forefathers have done. In doing so we repair the breach. In bringing their stories to light God has offered us a great mercy: the opportunity to repent and make necessary changes; a chance to right the wrongs done; and an opportunity to decree justice and see it served in whatever manner and measure is mete.  We cannot undo the past, but we can pave a straight path for the future.

The telling of their stories, which are grievous, are indeed hard to hear. Yet they have been effectual in bringing about a genuine compassion and repentance among many of those who hearkened. Knowing how to respond appropriately and in a manner that is both acceptable and effectual has taken time. The natural response is always initial shock. Afterward an overwhelming compassion with a grieving realization that we are powerless to undo what has been done finally settles.  Not knowing what to do is an incredibly disabling position in the wake of these glaring truths presented to us. Forgiveness is the only answer, and we have an obligation to humbly seek that forgiveness, pursue and establish peace, and bring reconciliation with a commitment to see their restoration fulfilled justly according to God’s will on earth as it is in heaven.

Through the years the Native American people, by in large, have been the ones initiating reconciliation by coming forward in an effort to establish healing by offering a humble spirit of forgiveness. Their initiative is warranted due to the ignorance among lay people, including current government leaders. Those who have walked in this effort toward reconciliation have been forerunners in preparing the path for the restoration that we now see taking place. The redemptive process has been long, requiring great spiritual tenacity, for the breach has been wide and deep. This reconciliation has largely taken place on a grass roots level. Federal and state governments have not initiated reconciliation by coming forward of their own free will. Gaining the sincere attention of the ears and hearts of government leaders on any given level has been difficult at best. Canada, however, is the exception. They have made great strides in making public apologies and decreeing justice to the Native people. As for the United States, this is yet to be seen at a federal level. However, Kansas Governor, Sam Brownback, is a noteworthy example, having made an official proclamation of apology in November 2013 at Haskell Indian Nations University.

Enormous redemptive strides were made in 2011 by the Navajo nation when they made a covenant with Israel that was officiated by their President Ben Shelley and presented to the Knesset (the unicameral national legislature of Israel). Israel received this covenant with great joy. As a result, other Native people have followed in these steps, also covenanting with Israel and recognizing them as God’s chosen people, specifically the thirty-nine civilized tribes in 2013, and recently the Crow in 2014-15. In fact, many Native people have mysteriously found Hebraic roots within their language and culture that leave them questioning whether or not there are ancestral ties. Such possibilities have been investigated and are still being discovered. Many of these discoveries give rise to clear evidence that there are indeed ties to the Jewish people among certain Native American nations. How that came to be remains uncertain and speculative at best. Regardless of their ancestral roots, many Native and Jewish people have testified that there is a spiritual connection that resonates deep within.

In divine response to this covenant with Israel, God has flung open the windows of heaven. It has summoned a swift and powerful response from Almighty God over the Native American people in ways unprecedented. In the years 2014-2015 God has sounded a trumpet over His Native people. Key events have taken place since 2012 that have turned the spiritual tide. God is pouring out His blessing, His favor, His healing, His Spirit, and His anointing. That trumpet has resounded in the hearts and ears of many and it has evoked a response from His Native people that is full of hope, joy and praise. As a result, the Native American people rose up, officiating a response in the 2016 Awakened event. He is at present bringing them the full restoration they have so longed for, deserved and sought. It’s happening. This is just the beginning, and God will be faithful to see it to completion.

Their time is here.  It has come. For those who will hear, let them arise and agree. As the host people of this land, the Native American people hold the key to America’s healing and restoration. God is just and He will not allow the sin of America to remain in darkness, for it requires genuine repentance and sincere forgiveness. The healing and restoration of America cannot and will not come to pass without the Native American people standing up and taking their rightful place which God initially gave them. That place of authority is being restored by God Himself in the spiritual arena apart from any governing entity or people. They will be the ones who lead us back to God in the anointing of honor, unity and power so rightfully bestowed upon them by their Creator who loves them. Their leadership is one of honor and integrity which begs to be followed.

The Native American people are an incredible gift and a vital part to the Body of Christ worldwide. I REJOICE in what God is doing in, among, and through them today.

Appointed Time Ministries is taking an active part and making a strategive effort in God’s move among the Native American people. We invite you to join us.

If you want to be a part of this move…