WE’RE PREPARING FOR A POWERFUL GLOBAL MOVE OF GOD!

This year’s Gathering of Tribal Nations 2017 conference is being held in Greenbay, Wisconsin! Massive preparations are underway, and hours of long hard work have gone into making this annual event one that will host the presence and power of God for hundreds — perhaps thousands — in the Northern states, Canadian territories, and beyond.

However, that location was never originally in the plan. After Senior Pastor Mike LeClaire of Living Hope Church in Greenbay, Wisconsin experienced a life-changing transformation under the power of God at the 2016 meeting in Seminole, Oklahoma, he begged the leadership to come — and the answer was “yes”. Ron and Tyda Harvey, who founded the Gathering, immediately began connecting with the church leadership to prepare for one of the largest revivals that area has ever seen or experienced. According to Pastor Mike LeClaire, the Native American nations in that specific region have never had a conference of this caliber available or delivered specifically to their people. This is going to be something of exceptional quality that will be opportune, not only for those in the immediate area, but from around the United States, the provinces of Canada, and beyond. Native leaders from the area have been invited and it is anticipated that the total turn out will exceed expectations — numbering into the thousands by the time the conference concludes.

We’re believing the global move of God among the Native American people in this last day will reach people with the fire of God, the power of the Holy Spirit, and a genuine life-transforming experience that will ultimately result in reaping the end time harvest world-wide — which includes bringing the Gospel back to Israel. There is currently a lineup of more than fifteen speakers. Global church leaders are catching wind of what God is doing among the Native American people, and have begun to intercede.  As the Gathering grew, word spread, and some have even attended the Gathering as guest speakers; most notably Apostle Alvin Cheah of Malaysia. Native peoples from foreign regions and countries are eager to get on board with what God is doing in Native America to facilitate the move of God and fulfill His plan in reaching the world with the Gospel message. These include peripheral nations and islands such as Australia, Malaysia, New Zealand, Papua New Guinea, and even the Fiji and Solomon Islands. Those people groups are commonly the ones who can relate best and identify closely with the Native American people because of their native ancestral roots. The move God is initiating through them in this last hour is one of phenomenal power with a global impact. However, the most significant of any tribal nation who is connecting with Native America right now, of course, is Israel.

The Gathering of Tribal Nations was birthed out of the heart of the Navajo Nation in Window Rock, Arizona and is currently expanding to include as many nations as possible. Since its inception in 2012, founders Ron and Tyda Harvey and their senior pastor Jerry Tom have been traveling extensively to mobilize what God has initiated through “humble beginnings” that almost appeared impossible. Tyda Harvey, who received the vision for the ministry, has openly shared about the overwhelming assignment God revealed, wondering how it would come to pass. Since their first meeting in 2012, which was a grassroots effort established in faith, the Gathering has grown immensely, garnering the attendance of thousands, with meetings which have evidenced the supernatural powers of God being demonstrated in salvation, healing, deliverance, miracles — and divine signs and wonders — many of which can be read about on their website.

God is indeed making the last first by pouring out His Spirit in such demonstrations that are otherwise unprecedented among the Native American nations, calling the last to be first for Him. The prophecy over Native America, spoken by Reverend Billy Graham in his 1975 camp-meeting, is finally coming to pass. The Native American people, whom he refers to as “The Sleeping Giant” are no longer asleep. They have officially declared their awakening as of the year 2016 at the Seminole, Oklahoma Gathering, which was appropriately titled Awakened 2016. God’s promise of Isaiah 61 to the Native peoples is burning brightly, as a beacon to all who would dare come and be a part of His end time clarion call.

The invitation is open.

This current Gathering is being held in Greenbay, Wisconsin
June 21-24, 2017.

Register today. The tent meetings are free. For more information visit the links below. Come and be a part of what God is doing in this last hour! This is a powerful global move that will result in an end-time harvest — the fullness of the Gentiles, and ultimately the salvation of Israel. And God is putting Native America on the frontlines to execute it. We look forward to seeing you there!

CHECK IT OUT -- REGISTER TODAY! 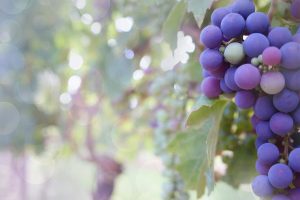 How to Abide in Christ

How to Abide in Christ How many times have you[...]

Understanding the Rainbow: A Covenant in Light An excerpt from[...]

Rosh Hashanah: The Feast of Trumpets

The LORD’s feasts (otherwise known as the Feasts of Israel)[...]