The LORD is doing a timely and strategic work among the Native American | First Nations people which has been consistently leading them back to Israel. It began in 2012 when the Navajo nation declared official covenant with Israel. Navajo President Ben Shelley delivered this covenant document to Israel’s Knesset firsthand. Since that time thirty-nine tribes have followed the lead of the Navajo nation, having covenanted with Israel in 2013. That official document was presented to Israel’s Knesset, and again Israel received it with great joy.

What is God doing? He’s bringing to pass His covenant of restoration, unity, and blessing for the Native American people. The windows of heaven are now open. He’s raising up this remnant for their end time destiny. They will lead the last great awakening that prepares the way for the second coming of Jesus Christ.

With that said, God is faithful to raise up servants who are willing to see His purposes achieved on earth as they are in heaven. Yesterday, I had the rare and blessed honor of meeting with Ron and Tyda Harvey of Harvest Time Network Ministry, who have founded Gathering of Tribal Nations in 2012 for this very strategic purpose.

If you would like to attend GTN in Jerusalem 2015, please click the flyer above for info and registration.

"Sound the shofar from your belly!"

Apostles Ron and Tyda Harvey are full-time ministers of the Gospel who live in Window Rock, Arizona where their ministry, Harvest Time Network Ministry, is headquartered at Window Rock Christian Center under their Senior Pastor Jerry Tom. Both are leaders within the Navajo Nation who are calling everyone to “sound the shofar from your belly”.

The Shofar and the Vision

In Virginia 2002 Ron and Tyda were gifted a shofar from a Messianic Rabbi who was instructed by God to give it to a Native American man in the West. Ron became the humble recipient of that shofar. As one who was chosen, Ron prepared himself to blow. He says, “What happened next startled me. I’ve never seen a vision before! And blowing a shofar is hard to do. But when I closed my eyes to pray I saw a movie screen being lowered before my eyes. I was startled by this and my eyes popped open. And so I said, ‘God if this is from you, show me again. And He did.”

What Ron saw that day was revealed in a vision of America. Ron describes three stars: the first appearing in the Navajo nation, which then traveled to the Heartland of America. That star then lit up and traveled to the East coast where he was at present. From there the star traveled to the North beyond Canada, and then down to South America. It then came back to its origin in the East, shooting upward in a glorious spiral toward heaven. And the vision ended.

For years Ron did not understand what God was saying. But it soon became evident that God was going to use the Native American people in a global movement that awakens the Bride of Christ, which would be initiated by the Navajo nation. In 2005 Ron received a word from God:

These are not stars as you have said they are. This is the seal of the LION OF THE TRIBE OF JUDAH. I will pour into, empower, and anoint the Native American people for the LAST move of My Spirit.”

That word set in motion a series of events as Ron and Tyda sought God with all their hearts. The call was greater than they had imagined. Tyda remembers thinking to herself, “Why me, God? Why did you choose me?” In the coming months and years, God began to reveal His purpose for them among the Navajo nation, the Native people, and the world. It became evident – this move would be global.

GTN July 14, 2015. A rainbow is revealed after a divine downpour over their tent of meeting.

Gathering of Tribal Nations was birthed in 2012 when God gave Tyda explicit instruction to “Gather My people.” Hence, Gathering of Tribal Nations (GTN) was born. The first three meetings (2013-2015) were held locally. This year God has given them a mandate to make it mobile – and it’s going international – all the way back to Jerusalem in the year of Jubilee 5776. From there the next proposed GTN meeting will be held in Tulsa, Oklahoma in 2016, for which preparations are currently underway.

The GTN gatherings are marked by great moves of God’s Holy Spirit which are manifested in salvation, healing, deliverance, and prophecy with signs and wonders following.  When asked, Ron and Tyda make it very clear that this only comes by a deep hunger for Jesus Christ and His abiding manifest presence, which they believe is the reason God has demonstrated such miraculous power in their midst. Such demonstrations give great confirmation of His word being fulfilled among the Native people.

Ron Harvey gave testimony to one of the manifestations which began when he was preaching. “It began to rain so hard that the water was rising up around our feet in the tent! I got worried! I thought, ‘Lord, what about the tent?’ The Lord said, ‘Don’t worry about the tent, just keep preaching.’ So I did. And we knelt down in that water right there praising and worshiping God.”

Tyda recalls how thick the presence of the LORD became. She remembers, “There wasn’t rain anywhere else! Just over our tent in the middle of the desert!” That manifestation of His presence, power and blessing was merely one of many. They herald salvation as being the greatest miracle of all.

“This is not about proving to America that we’re Native Americans,” Tyda says. “I don’t need regalia and a feather in my hair to be Native American. I know who I am. You have to sound the shofar from your belly. It comes from deep within. God shows up when you’re hungry for Him. That’s when He comes. It’s about entering the Throne Room of God with anointed praise and worship that ushers people into His presence. It’s not about entertainment. It’s about Him and His kingdom and His glory. It’s not about us.”

This November 2015 Gathering of Tribal Nations will commence in Jerusalem, Israel in response to the mandate God has given during the year of Jubilee 5776. This is no accident or coincidence. Fourteen tribes will gather there to call for the Messiah to return.

For I say unto you, Ye shall not see me henceforth, till ye shall say, Blessed is he that cometh in the name of the Lord, (Matthew 23:39, KJV).

That very day is beginning to rise upon us all. Ron Harvey has been given a mandate to return the shofar which was gifted to him back to Jerusalem, where he will again blow it before the LORD. He said, “We will all call for the Messiah to return.”

The Gospel of Christ is returning to Jerusalem from whence it was sent. It will come full circle, culminating a celebration where every tribe is gathered before the LORD.

This GTN meeting will tentatively complete the documentary film, AWAKENED: The Destiny of the Native American People, by Hollywood filmmaker, Gregg Miller.

The last great move of God’s Spirit is upon the Body of Christ, and the Native people are rising up in response to God’s clarion call. This is it. It’s time. It’s now.

Get ready and sound the shofar from your belly! 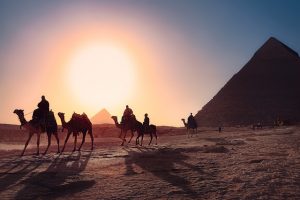